Soils are the backbone of rural agricultural economies, the home of iconic wildlife, and the source of food for our communities and the world.

Our soils are also at risk. Tens of millions of acres of grasslands have been degraded and are imperiled by catastrophic wildfire and seemingly irreversible ecological decline. Croplands are eroding at rates 10x faster than soils can be built. Invasive plants are spreading and quickly despite prevalent use of conventional petrochemical techniques. Effective options are few. Alternative and healthier strategies are required. 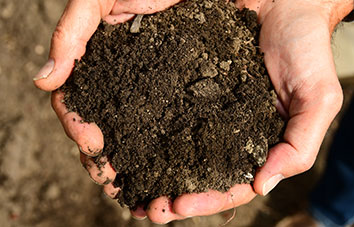 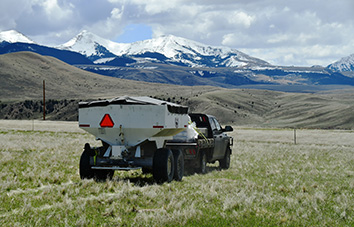 With the rise of industrial agriculture, soil fertility and crop protection have been increasingly been provided by petrochemicals. Without intervention to reverse the decline of grasslands, croplands, wildlands and pastures our wildlife and watersheds will only be a memory. Ranching will become ever more unprofitable. Endangered species will become even more imperiled. Economic losses will stretch into untold billions, undermining the stability of rural communities. It is our strong view that the use of Edaphix’s products can play a vital role in increasing the nutrient density of our food, reduce the use of fertilizers in our yards and parks, and improve human and community health all without the use of chemical herbicides and synthetic fertilizers. 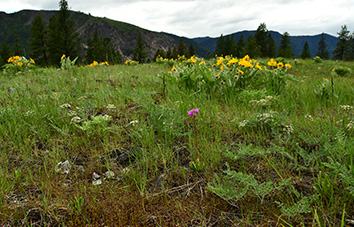 Agriculture began in fertile river valleys where sediment and organic matter deposition by annual flooding resulted in deep soils well suited to cropping. From simple agricultural beginnings we have subsequently industrialized and converted much of the world’s grassland and good soil into crop production. Most cropping systems contribute to declining soil productivity as increasing nutrient additions are required to achieve the same crop yields. Our continued work to expand the use of Edaphix’s micronutrient-rich products are grounded in the recognition that soils sustain humanity and we are entrusted with their care. Together we can power the restoration of our grasslands thus supporting improved water quality and enhancing ecosystems’ natural ability to sequester carbon.